A former agricultural area in Høje-Taastrup on the outskirts of Copenhagen has been transformed into a thermal energy storage facility. The facility or ‘Heat pit storage’ as it is bestknown, supports the district heating system that serves the Copenhagen metropolitan area. Its purpose is to store district heating from four connected Combined Heat and Power (CHP) plants and three waste to energy plants when it is cheap to produce, then to distribute it when it is expensive to produce.

The CHP plants can thereby optimise their production according to electricity spot prices and the waste to energy plants can produce more heat during the summer half-year. The final benefit is that the Heat pit storage reduces the production of peak loads at local boilers where the fuel is typically fossil-laden natural gas or oil.

The Heat pit storage is a joint venture between the consumer-owned local district heating operator Høje-Taastup Fjernvarme and VEKS, one of Denmark’s largest district heating companies that oversees renewable energy projects across Europe. The Heat pit storage is essentially a very large hole dug in the ground, fitted with plastic lining and an insulating lid. The plastic liner can with stand temperatures of up to 95 degrees Celsius. The warehouse within the pit holds 70,000m³ and has a charging and discharging capacity of 30MW.

VEKS and Høje Taastrup Fjernvarme comissioned Damgaard A/S to build the facility and they chose SWEP to apply its brazed plate heat exchanger (BPHE) technology to the project. Three SWEP high-capacity flagship B649 BPHEs are connected between the power plant and the district heating network in Høje-Taastrup. Alongside, regular gasket heat exchangers act as intermediate units between the thermal storage and the SWEP units. 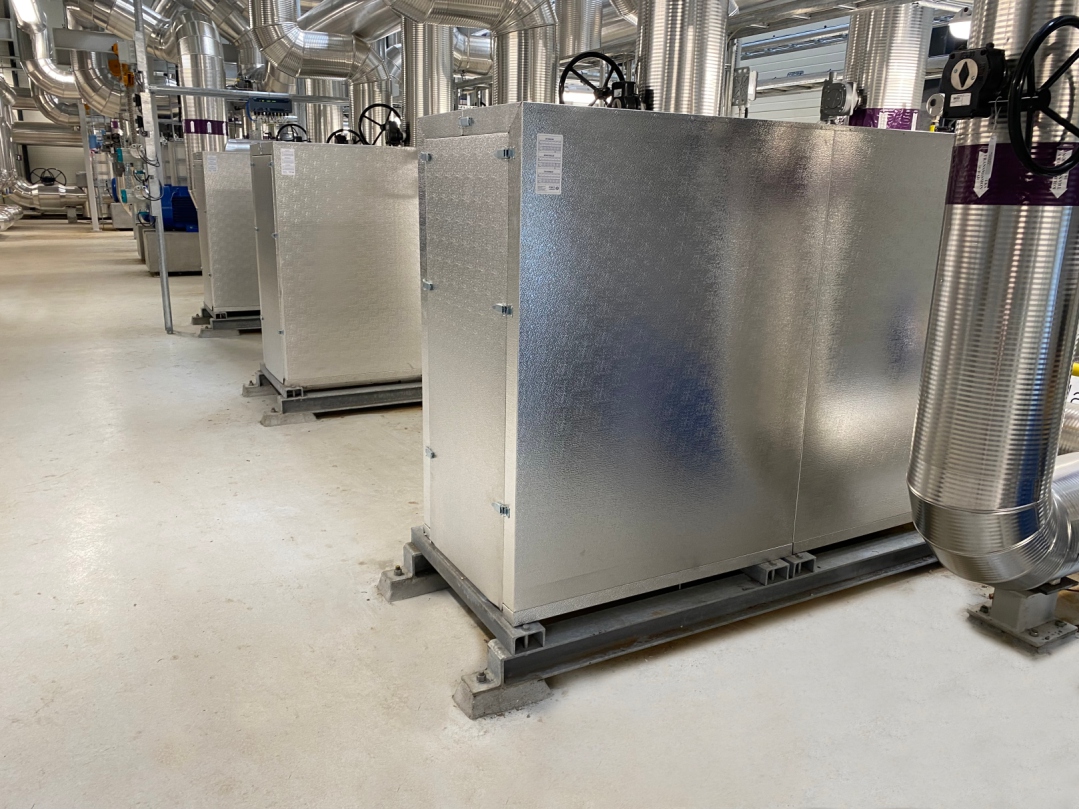 Lars Andersen of Damgaard A/S (builder and project manager) said “SWEP’s B649 BPHE offers unprecedented opportunities to build larger, elegant, and more cost-effective energy transfer stations with capacities well above what was previously available.“ Morten Stobbe, Vice President VEKS, summarises the Heat pit storage initiative with these words: “I hope that there are others who will consider the project as a good example of a broad-based cooperation improving the total energy system and contributing to the fact that we will be able to reach the finishing line in terms of green transmission.”